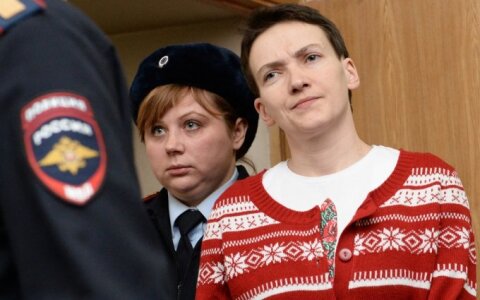 About 50 people gathered outside the Russian Embassy in Vilnius at noon on Wednesday, calling for the release of Ukrainian military pilot Nadiya Savchenko, who is continuing her hunger strike in protest of the court's proceedings.

Russia has accused Savchenko, 34, of correcting Ukrainian artillery fire during clashes with pro-Russian separatists in Eastern Ukraine in June o