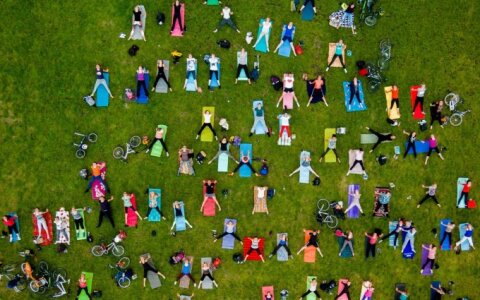 Karolis Janulis, a Lithuanian self-taught drone photographer, has made it onto the shortlist for the 2016 Sony World Photography Awards. This annual multi-category photography competition showcases some of the best photography in the world.

Janulis' photo features a group of yoga enthusiasts participating in a large group exercise in Vingio Park near the center of Vilnius. Like many of his other photos, which we've written about before, it was taken from an aerial perspective using a drone.

To see other photos from the international competition, click here.