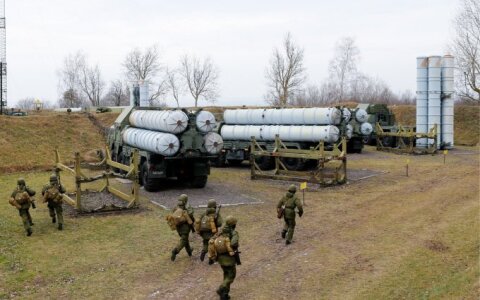 Lithuanian and foreign military analysts have been looking into hypothetical scenarios of a hybrid war breaking out in the Baltics for some time now - most of them envisage an attack from Russia, forgetting or simply ignoring the possibility of such an attack coming from Belarus.

The authoritarian country, lying just 30 kilometres east of Lithuania's capital Vilnius, has been the closest ally of Vladimir Putin's Russia and shares a 677-kilometre border with Lithuania.

When it comes to military threats, few Lithuanian politicians point to Belarus as a danger. Instead