'President Trump' would say Putin is Europe's problem - US analyst 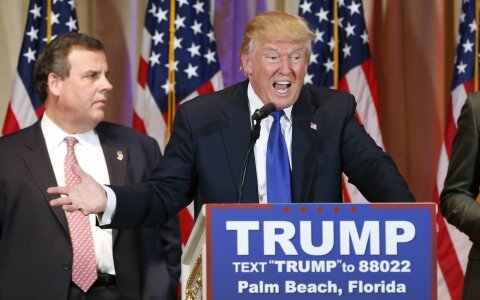 If Republican frontrunner Donald Trump secured his party's nomination in the US presidential election and eventually won the presidency, he would shun American involvement in Europe, including the defence of the Baltic States, according to a US foreign policy expert.

Dr. Paul Sracic of Youngstown State University in Ohio, who took part in a teleconference discussion on US presidential election organized by the US Embassy in Vilnius, said that Trump's foreign policy is based on the slogan that America cannot continue to be the world's police.

'President Trump' would say Putin is Europe's problem - US analyst