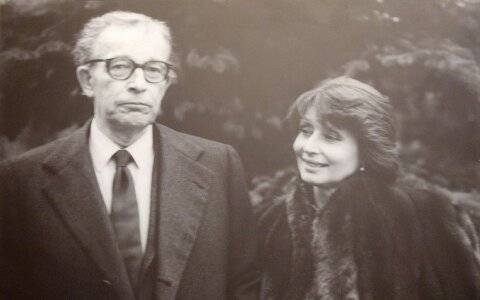 The House of Signatories, the building where the Act of Independence of Lithuania was signed in 1918, served as a suitable backdrop just the right background for a new book about the life of Stasys Lozoraitis, a Lithuanian diplomat, and his wife Daniela.

They are probably one of the most prominent couples in the recent history of Lithuania. Stasys Lozoraitis was dedicated his entire life to keeping the hope of Lithuanian independence alive. His life as a diplomat in exile during the nearly 50 years of Soviet occupation, and as a candidate during