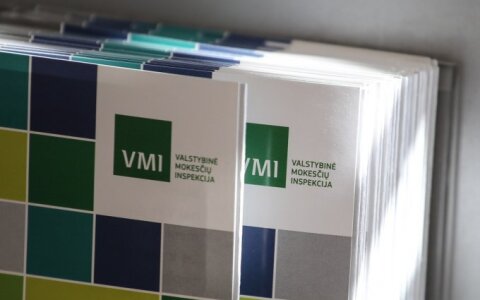 Almost every third Lithuanian claims to know someone who has recently received illegal income. However, two thirds of Lithuanians believe that the State Tax Inspectorate (VMI) should not have access to people's bank account balances in order to fight tax evasion, a survey by Spinter Tyrimai shows.

Last week, the Government approved a measure that would allow the VMI to automatically receive certain types of information about residents' bank accounts. Banks will have to share data about all account holders with turnover of over €15,000 and balances above €5,000 at the end of the year.