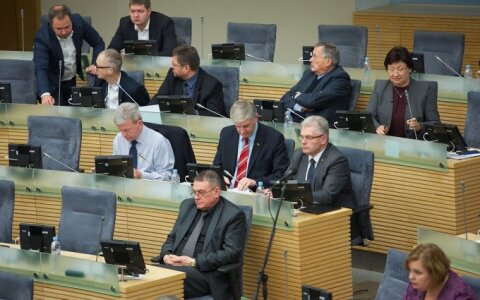 The Seimas of Lithuania assembled for an extraordinary session on Thursday, but it ended shortly after the agenda, proposed by the opposition, was voted down. The indignant opposition says it will turn to the Constitutional Court. In retaliation, the Seimas speaker has threatened with disciplinary action over "disrespect" for the national anthem.

Sixty-eight lawmakers voted on Thursday to reject the proposed agenda for the extraordinary session, 36 voted against.

Speaker of the Seimas Loreta Graužinienė then announced a second vote on ending the extraordinary session and this time 67 MPs voted in favour and two abstained.