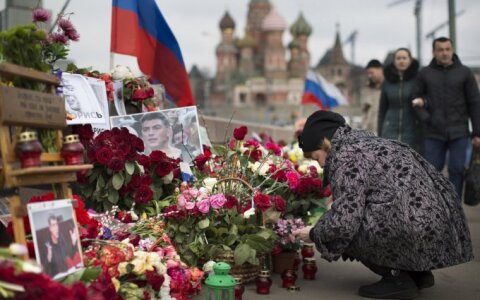 The place where Boris Nemtsov was killed in Moscow
Foto: AP/Scanpix
aA

The move comes several days before the first anniversary of Nemtsov's murder.

"He's a real friend of Lithuania who contributed to the consolidation of Lithuania's independence, and a real democrat who gave a lot of hope and belief in that Russia is capable of choosing the path of democracy.