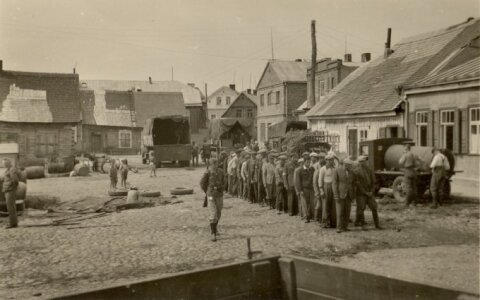 A posthumous award of military rank to a man suspected of involvement in the Holocaust has caught attention of the Lithuanian parliament speaker who has asked for explanation from the president and the defence minister.

Juozas Krikštaponis (or Krištaponis according to some sources, 1912-1945), a member of the anti-Soviet resistance in Lithuania, was awarded a posthumous rank of colonel in 2002, by the then President Valdas Adamkus.