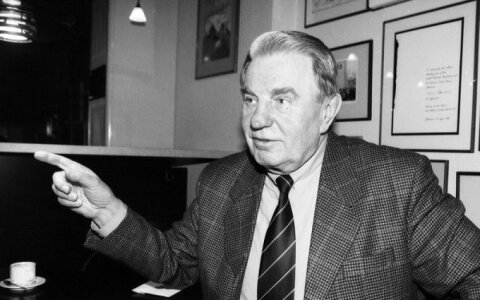 Diverging views on poetry has become an issue of a heated debate on history and censorship after Lithuania's minister of defence denied a state award to an author whose analysis of the Soviet past did not match the minister's own opinion. At the centre of the controversy is the poet Justinas Marcinkevičius whose name, for many, is synonymous with the country's independence movement.

A dead poet can stir emotions and even political debate long after he has been buried. Justinas Marcinkevičius became a household name in the 1980s and early 1990s, when during Lithuania's movement for independence the man himself and his melodious well-rhymed poems were staples at every anti-So