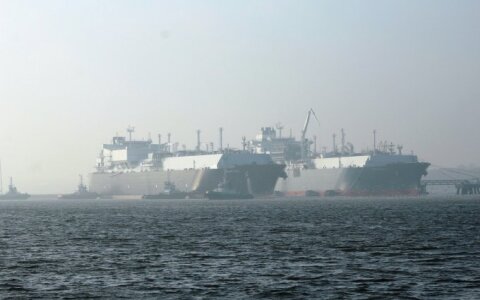 Lithuania wants to purchase the Klaipėda LNG terminal's floating storage and regasification unit (FSRU) from Norway's Hoegh LNG before the expiry of the 10-year lease period in an effort to reduce the terminal's costs and will seek support from the European Union for this purpose, Energy Minister Rokas Masiulis said on Tuesday.

"One of Lithuania's interests is to purchase the terminal. That would help us to further reduce the price of gas, because we would then be able to spread the costs over a longer period of time. We expect that the cost of the terminal could go down by another 20 percent," the minister told reporte