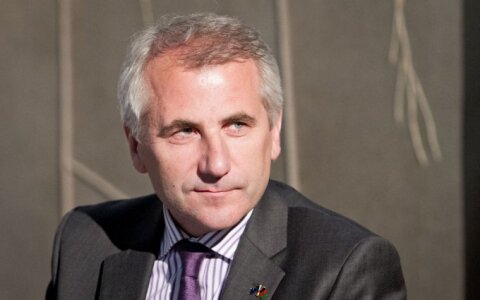 Ukraine's lack of progress on reforms may lead the EU to lean towards rejecting an extension of sanctions on Russia, according to the European Union's Ambassador to Russia, Vygaudas Ušackas.

"If the commitments are not met, this may become political grounds for shifting the guilt to the Ukrainian side and thus bringing new dynamics to political discussions," Usackas, a Lithuanian diplomat, told BNS Lithuania.