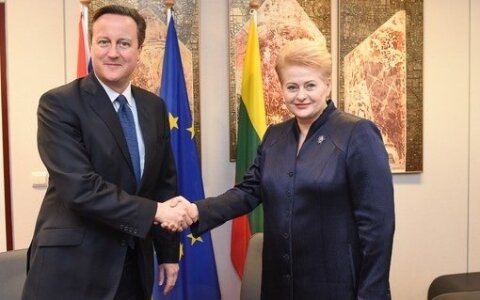 European Union countries must look for compromise and help the British government convince the British people to stay in the Union, but not at the price of discrimination against EU citizens, says Lithuanian President Dalia Grybauskaitė ahead of important talks in Brussels.

A European Council meeting starting on Thursday will address, among other things, Britain's reform demands for the European Union.

"One of the main questions is the UK's proposed EU reform that contains many things: promoting competitiveness, proposals on sovereignty and economic management