Should we celebrate or mourn on February 16th? 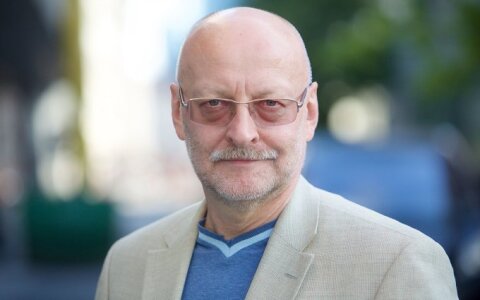 The inter-celebratory period gives us a single day between Valentine's day, which is dedicated to billions of lovers around the world, and February 16th, which is a celebration for only about 3 million not-quite-so-romantic citizens of the world.

It's no surprise that our prudes have spent the last two decades grinding their teeth at St. Valentine, at Lithuanian youth, and at the government, which has failed to prohibit the celebration of the least pious of the saints and to focus the Lithuanian public on mourning during February 16th. What is a Lithuanian national holiday, after all, if there isn't any mourning? Exceptions can be made, perhaps, for the smelt celebration in Palanga, the sea celebration in Klaipėda or Kaziuko fair in Vilnius. But if an occasion is truly national and historical, the citizens of Lithuania must mourn as if it was their own mother's funeral. This is despite the fact that even our nation's president, Dalia Grybauskaitė, has encouraged people to celebrate February 16th joyfully, even offering prizes for fittingly joyous celebrations of this national holiday.

Related articles
Obama on independence day: 'Lithuania continues to serve as a model to others'  (4)
US, Kiev send towering congratulations to Lithuania for Independence Day

Journalist Romas Sadauskas-Kvietkevičius objectively noted in an article on Delfi that it was coincidence that St. Valentine's day and the day of the restoration of Lithuania's independence found themselves so close to each other on our calendar, as if they were there to reduce the tension and boundary between our private and public lives. That boundary may not have existed at all had the social-democratic signatories of the February 16th declaration had more love for Antanas Smetona, the monarchy- and authoritarianism-loving politician at the head of the Government Council. Because the social-democratic members of the Government Council did not want to declare Lithuania to be independent with Smetona at its helm, he was forced to resign for a day or two, handing his post over to Jonas Basanavičius. In this way, they wasted valuable time and delayed the declaration of Lithuania's independence to a few days after this celebration of love.

Could you imagine how beautifully Lithuania would purr if the day of live would coincide with the day of the restoration of Lithuania's independence? The sceptics, which we've always had plenty of, would say that that day in 1918 was terribly unfortunate – and that the social democrats were to blame. The same ones that are in the government now. On the other hand, perhaps the social-democrats' nasty conflict with Smetona was all for the better. Now, after all, we have the opportunity to mourn for one more additional day.

Should we celebrate or mourn on February 16th?