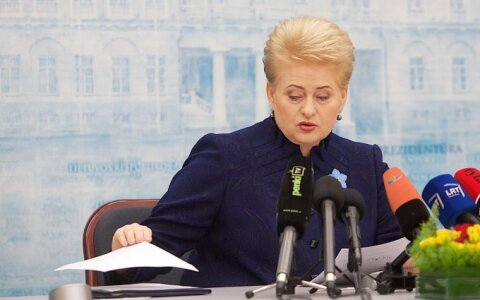 Lithuanian President Dalia Grybauskaitė is somewhat sceptical about the so-called new social model, a package of reforms to the labour code and the country's welfare system.

After meeting with the parliamentary Social Affairs and Labour Committee, the president said she belie