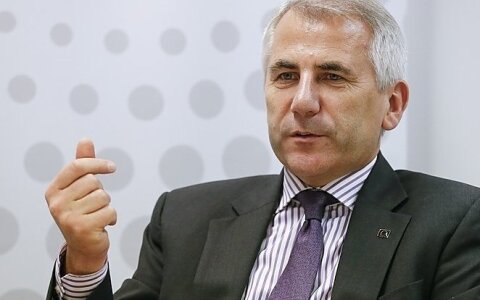 A restoration of trade relations between Moscow and Brussels should not be expected in the near future, said the European Union Ambassador to the Russian Federation Vygaudas Ušackas in a meeting with the businessmen of the port city of Klaipėda.

“The EU remains the largest Russia's partner, 70% of Russian oil and 60% of the gas is sold in the EU market, 75% of investments in Russia come from the EU. But that what happened in Ukraine disrupted relationships, because of the violation of international law to respect the country's territor