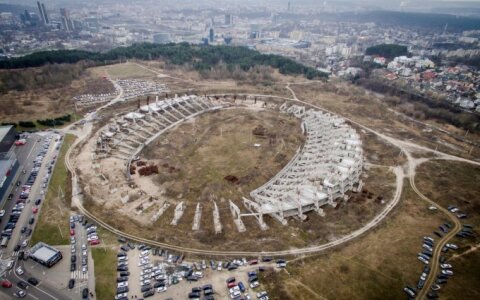 The company that wins the competition to develop a National Stadium on the outskirts of Vilnius will also be allowed to build apartments on the site as a sweetener to attract potential developers.

The national stadium project is moving ahead after Vilnius City Council voted on Wednesday on the terms for a future concession agreement with a private investor. The future developer, who will be expected to turn a concrete skeleton in Šeškinė into a multi-functional sports complex, will also