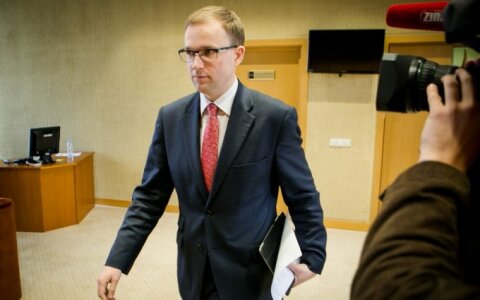 Gapšys has been sentenced in the party's bookkeeping fraud case.

On Wednesday, the parliament's opposition leader Andrius Kubilius said he would ask for the Constitutional Court's ruling on whether a person found guilty of a crime can continue as an MP.

"We must start an impeachment