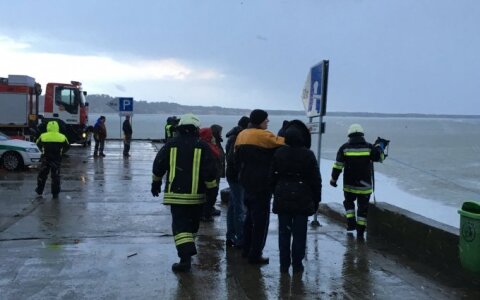 Around 80 fishermen were saved by the Lithuanian Naval Rescue Service on Sunday morning after ice began to move in the Curonian Lagoon near the Ventė horn and fishermen became trapped on floating ice sheets.

The rescue operation involved a State Border Guard Service vessel, as well as an Air Force helicopter, according to the Naval Force Maritime Rescue Coordination Centre.

“Border Guard hovercrafts Kristina and Viesulas saved the lives of 30 people. About 50 fishermen were saved by firefight