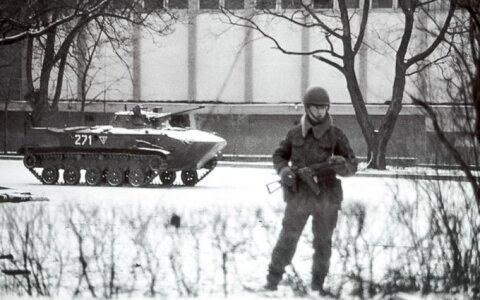 Soviet Union's Defence Minister Dmitry Yazov has been named in the so-called January 13 case in Lithuania. He is accused of establishing in late 1990 an organized group of 160 army officers and political figures, aimed at re-incorporating Lithuania into the USSR, according to the indictment drafted by Lithuania's Prosecutor General's Office.

On Friday, prosecutors started reading the indictment in the January 13 case at Vilnius Regional Court.

Residing in Moscow, Yazov, 92, was not present at the hearing in Vilnius and was represented by a lawyer appointed by the State of Lithuania.

The indictment states that Yazov organi