Mergers & acquisitions in Lithuania at slow pace in 2015 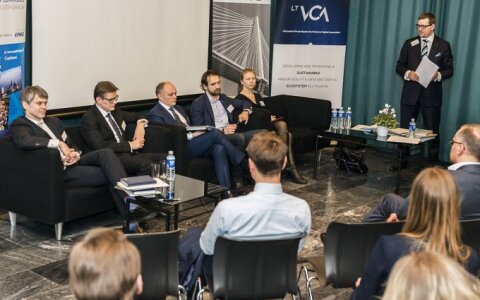 Panel disussion at the Estonian Chamber of Commerce in Vilnius
Foto: L.Segers nuotr.

Global M&A activity grew to record levels in 2015, fuelled by some mega mergers in the pharmaceutical, energy and consumer industries. Lithuania bucked the trend with less consolidation and acquisitions than in the previous year and stood out as the least active in the corporate bond market. The findings on global and regional performance were presented by several industry experts at an event of the Estonian Chamber of Commerce on Wednesday.

Estonian Ambassador Toomas Kukk said large amounts of cash was looking for opportunities in the Baltics. As a diplomat and salesperson for his country and the region, his bets would be on investing locally. His wishes may have found some echo with the speakers, albeit for different reasons.

Mergers & acquisitions in Lithuania at slow pace in 2015