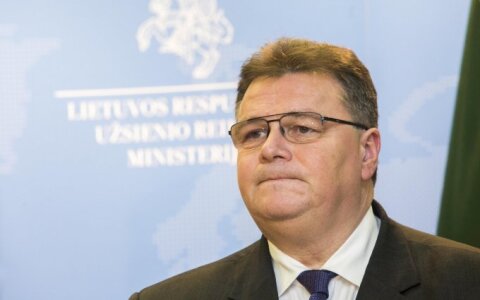 The international community should not demand that the Ukrainian government grants autonomy to its eastern regions until Russia ensures security in the region, Lithuanian Minister of Foreign Affairs Linas Linkevičius argues in an op-ed piece published in the Wall Street Journal.

The minister voices his support for Ukrainian politicians who delay the adoption of laws granting wider autonomy to the regions of Donetsk and Luhansk. In his words, Ukraine is facing "military, economic and political aggression" from Moscow.

"But how can we push for political reforms and d