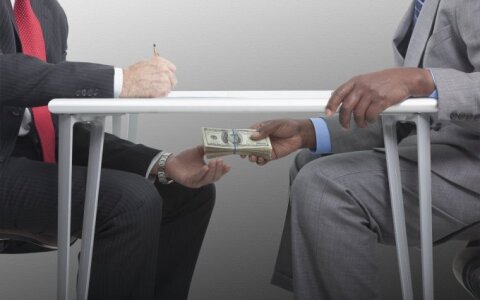 Lithuania is seen as less corrupt than before as the country moves up seven spots in Transparency International's corruption perception index.

In its 2015 corruption perception report, Transparency International gives Lithuania 61 points (out of 100), putting the Baltic state in the 32nd spot among 168 countries. Last year, Lithuania was ranked 39th among 174 countries.

Lithuania is seen as a little more corrupt than Estonia (23rd