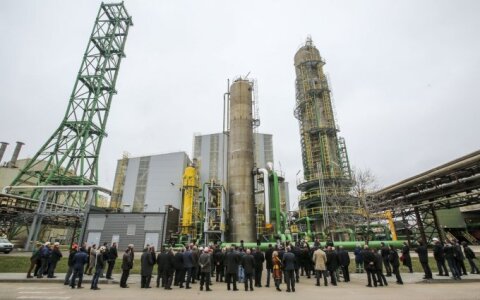 Achema, Lithuanian fertilizer producer and the biggest gas consumer in the country, concluded a gas supply deal with Norway's Statoil on Tuesday. Statoil will deliver liquefied natural gas (LNG) to the company in tankers via the LNG terminal in Klaipėda.

"Negotiations are essentially over. Both Statoil representatives and Achema's negotiators concluded talks on the principles of LNG supply and prices for this year," Achema CEO Ramūnas Miliauskas said in a statement. "The LNG supply talks lasted almost a year and we have agreed on the volumes and