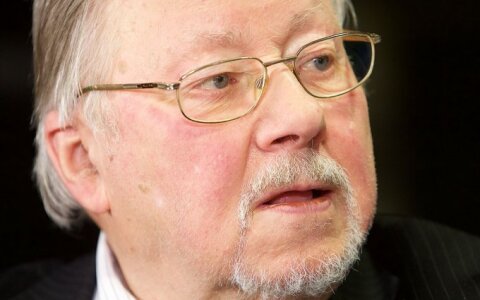 Two former Lithuanian leaders – ex-president Valdas Adamkus and the country's first post-independence leader Vytautas Landsbergis – have urged the government "to do everything in its power to immediately halt the construction of the Astravyets nuclear power plant" in Belarus some 50 km east of Vilnius.

Their address to the government was also signed by the leader of the opposition Homeland Union – Lithuanian Christian Democrats (conservatives) Gabrielius Landsbergis, the opposition Liberal Movement's leader Eligijus Masiulis and the chairman of the Lithuanian Peasant and Green union, Ramunas