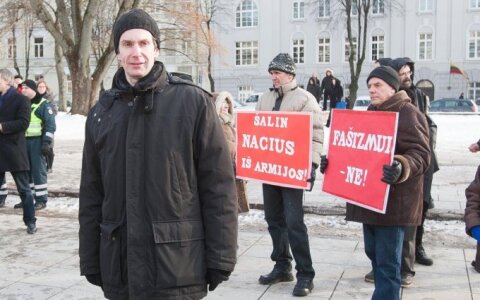 Algirdas Paleckis, the founder and long-time member of the Socialist People's Front in Lithuania, has cancelled his membership in the organisation and political party he helped create.

The controversial politician once stood trial for publicly proclaiming that the people killed during the events of 13 January 1991 had been killed by other Lithuanians. His grandfather, Justas Paleckis, was the acting president of Lithuania during the Soviet Union's invasion and oversaw Lithuania