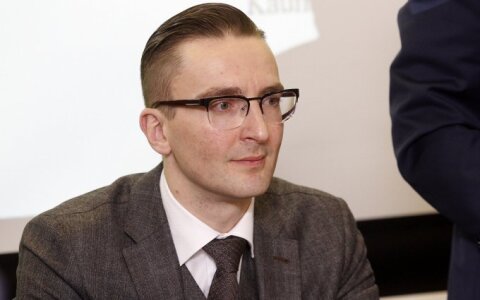 Edvinas Eimontas has been elected the new president of the Lithuanian Football Federation.

In a closed meeting of the federation's executive committee on Wednesday, Eimontas received 73 votes out of 78.

"I am touched and would like to thank delegates for their trust. I believe that during my four-year term, we will be able to raise football to a qualitatively new level," Eimontas