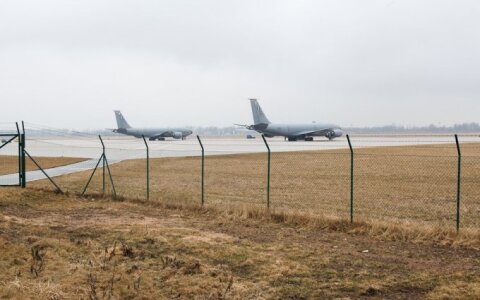 A new dormitory will be built at the Air Force Aviation Base in Šiauliai to house foreign soldiers on short stays during redeployment, exercises and for the NATO air policing mission.

“This project is yet another Lithuanian step in improving the host nation support for the arriving NATO soldiers. We want to ensure accommodation for soldiers and adequate conditions to carry out their tasks,” said Defence Minister Juozas Olekas.

The Air Force Aviation Base in Šiauliai