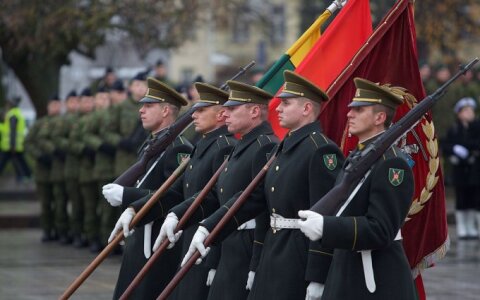 One of the founders of the Lithuanian army has said the Defence Minister, Juozas Olekas’s position that a professional army is sufficient and conscription is not needed is irresponsible in current international conditions.

“It is a very strange position. Perhaps at some point, when there is no international danger and aggression, then politicians can speak whatever comes to their minds, but now, when Russia has confirmed its new military doctrine. I think that the minister‘s behaviour is more than irresponsible