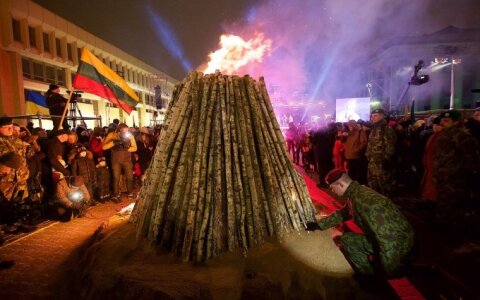 The day of the Defenders of Freedom was commemorated in Lithuania on Tuesday to honour January 13, 1991, the anniversary of the defenders of Lithuanian freedom and the victims of Soviet aggression. Bonfires were burning all around Lithuania as a reminder of the day when the country’s freedom was defended on January 13, 1991.

During the commemoration, there was obvious solidarity with Ukraine which is currently embroiled in a conflict. Along with a number of Lithuanian tricolors flying, Ukrainian flags were flying in solidarity.