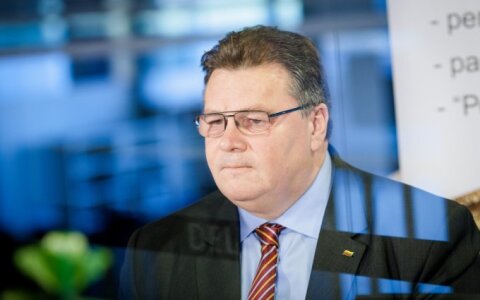 Lithuania is demanding that the construction of a Russian-funded nuclear power plant in Astravyets, Belarus, will meet international standards. The plant is only 50km from Lithuania‘s capital Vilnius, meaning in the case of an accident, the city would be in plant’s evacuation zone.

Lithuanian Foreign Minister Linas Linkevičius said that the threat of disaster is relevant not only to Lithuania but to the entire European Union. However, the minister admits Lithuania can do little to prevent the risk of an accident.

“Lithuania does, and will really do everything in its power so that what is happening at the construction site would follow international standards. We have stressed that before. We have appealed to the international committee of the United Nations which studies environmental risks in June 2014.

“Our complaint was approved by the UN, we put forward 12 issues where the Belarussians needed to improve. This is all happening now in a constructive spirit. It is not only Lithuania and the EU that are critical of the nuclear power plant, but international organizations as well. There is the Aarhus Convention related to public information and there have been violations reported,” Linkevičius said.

“Never mind that the power plant is being built 50 kilometres from Vilnius and 150 kilometres from Minsk, it is important to the whole region and the EU. There can be no compromises and international norms and standards must be followed.”

Linkevičius said that Lithuania does not have the leverage to stop the construction of the plant and can only use international pressure and existing mechanisms. The minister said there were doubts over whether Belarus was planning to respect international norms.

Linkevičius hopes that Belarus will fulfill its promise to invite the International Atomic Energy Agency experts to inspect the plant and conduct tests.

“We have repeatedly said that there will be no electricity purchases from unsafe plants and we are quite successful in getting our colleagues and partners to agree on this position as well,” he said.