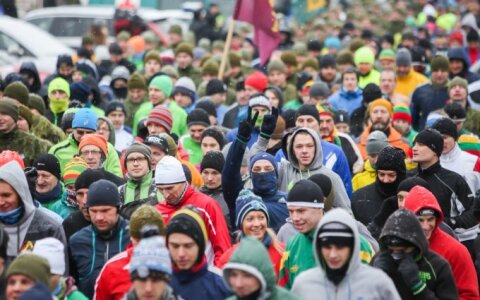 To celebrate the 25th anniversary of the events of January 13th, 1991, a commemorative international marathon called "On the road of life and death" was held on Saturday in Lithuania and in capital cities all over the world.

In Vilnius, a nine-kilometre run started at Antakalnis cemetery where the victims of January 13th are buried, and ended near the television tower. Lithuanian diplomats along with runners from Lithuania and foreign countries put flowers on the graves of those who were killed.