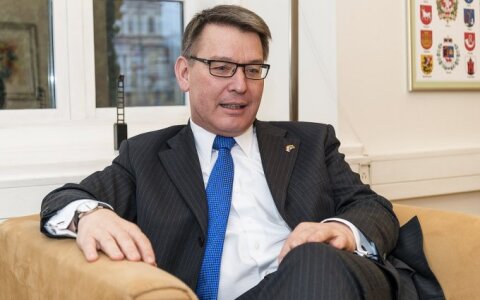 Ludo Segers talks to the Dutch ambassador about taking over the presidency of the European council, on why David Cameron’s speech on getting a new deal for Britain with the EU was not anti-European, on how the Netherlands security interests are intrinsically intertwined with those of Lithuania and the Baltic States, and on how a new statue to be unveiled in Kaunas will commemorate an unsung Dutch hero of the Holocaust.

On January 1st, the Netherlands has taken over the Presidency of the Council of the EU for half a year, and it is a good time to take stock. We meet the Dutch Ambassador Bert Van der Lingen in his office in Vilnius.