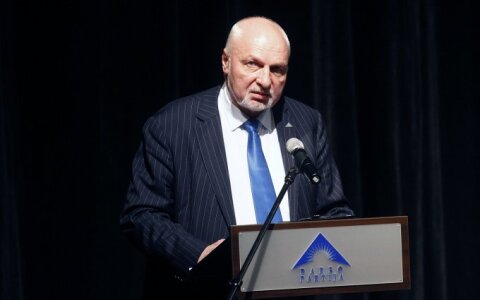 Labour Party leader, MEP Valentinas Mazuronis said he has no intention of withdrawing from the party leader‘s position until after parliamentary elections.

(Starting on 11 January, this article and others like it will only be available to Corporate subscribers)

Mazuronis made the statement to LRT.lt after party colleague Loreta Graužinienė expressed her concern about the party's uncertain future after the founder of the Labour Party Viktor U