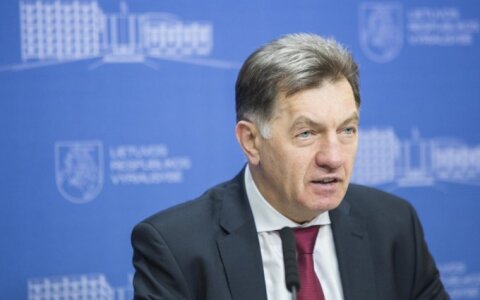 The Lithuanian parliament should adopt a new law, allowing Lithuanian nationals to spell their names using non-Lithuanian characters in ID documents such as passports, in its spring plenary, Prime Minister Algirdas Butkevičius said.

"The name spelling issue should be settled in spring. I was very unhappy with it at the end of last year and I told the coalition partners that procrastination and failure to do anything about it did nothing to bridge the gap," Butkevičius told the Znad Wilii radio on Wednesday.