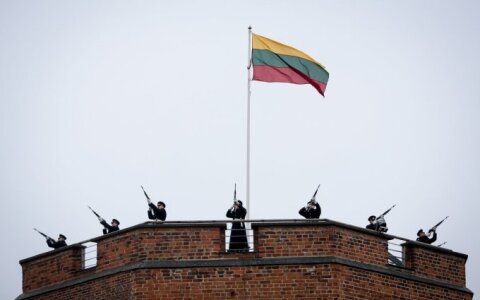 On 1 January 2016, Vilnius residents and guests will be able to attend a solemn ceremony on Gediminas Tower to mark the day in 1919 when the Lithuanian tricolour flag used today was first flown.

In 1919, Kazys Škirpa, a commander who had helped defend Vilnius during Lithuania's fight for independence after WWI, raised the flag together with a squad of military volunteers. Unfortunately, the flag did not fly for long – it was torn down on 6 January by supporters of Lucjan Żeligowski,