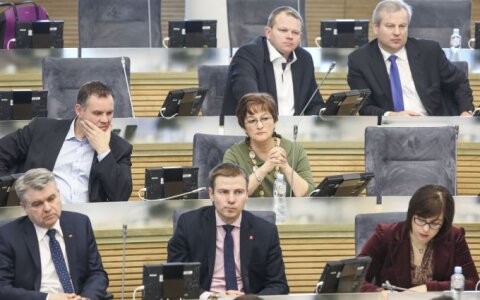 Almost 5,000 legislative bills have been registered at the Lithuanian parliament since it took oath in 2012. A third of them have been proposed by the ruling Social Democratic Party. The opposition says that the governing majority has usurped the legislative process and do not want to discuss their proposals, lzinios.lt reports.

"Our proposed bills are not accepted because we are the opposition," says MP Andrius Kubilius, opposition leader of the conservative Homeland Union - Lithuanian Christian Democrats. "The ruling parties are very non-constructive when they consider our proposals."

Over the three years of the