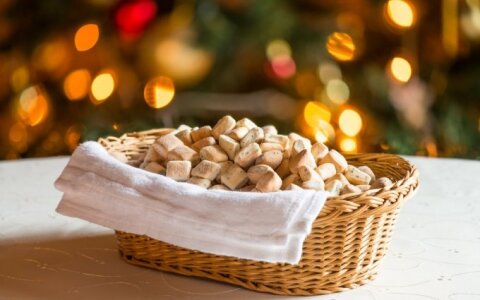 Though kūčiukai, the tiny Lithuanian poppy cookies baked for Christmas Eve (Kūčios), have traditionally been hand-made for the holidays, 64 percent of Lithuanian consumers prefer buying these cookies from supermarkets instead, according to a survey performed by the RAIT survey company.

Older generations in Lithuania – namely, those between 65 and 74 years of age – are the most likely to make their kūčiukai at home. Ethnologist Gražina Kadžytė says that buying mass-produced kūčiukai defeats the purpose, as a hand-made bowl of kūčiukai captures the holiday's true spi