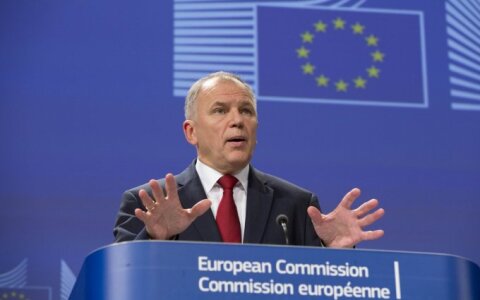 Lithuanians should show their support for the EU not just in relation to EU investments in energy projects in Lithuania but also in helping other EU member states to solve the refugee crisis, says Vytenis Andriukaitis, the EU Health and Food Safety Commissioner.

In an interview with Andriukaitis on LRT, journalist Edmundas Jakilaitis pointed to some politicians in Lithuania, including Valentinas Mazuronis and Rolandas Paksas, who said that the current refugee quota system was dividing Europe. Jakilaitis also said there were proposals to renounce Lithuani