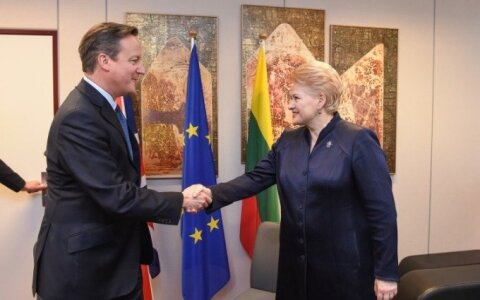 On Thursday in Brussels, Lithuanian President Dalia Grybauskaitė met with British Prime Minister David Cameron ahead of the European Council. The meeting was held on the initiative of the British PM.

According to the president, Lithuania is ready to seek solutions in order to strengthen the European Union (EU). "We support Britain's proposals to enhance the competitiveness of the entire Union and reduce regulatory burdens on business," the president said. "However, the free movement of people