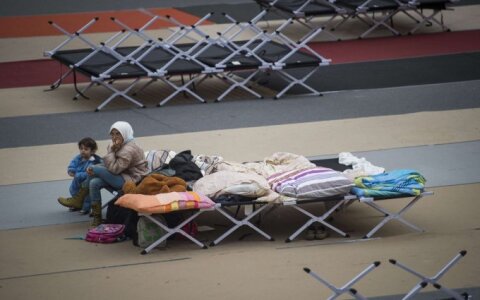 Attending the European Council on Thursday, Lithuanian President Dalia Grybauskaitė said that Lithuania would not participate in the newly suggested refugee resettlement from Turkey scheme until the earlier quota of 1,105 asylum seekers for Lithuania is completed.

According to the president, the 1,105 refugee quota also includes 70 people from third countries, including Turkey.

"There is a new proposed mechanism to take in more refugees from Turkey, but we will not rush to take part in any schemes until Lithuania meets its earlier obligations and tes