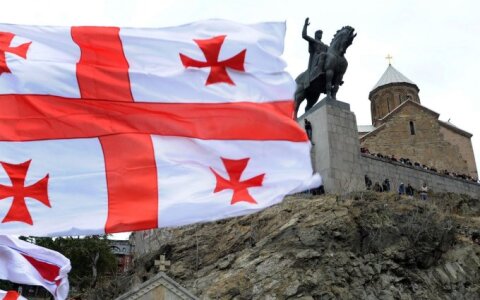 Bringing Georgia closer to European but also Atlantic institutional structures continued to be one of Lithuania’s most important foreign policy objectives this year. Despite Russia’s creeping occupation efforts over the summer and the ramping up of its massive anti-Western propaganda machine, the small South Caucasus country is still firmly resolved to follow the Euro-Atlantic course.

However, focusing on the correct foreign policy direction proved challenging for Georgia with the provisional application of the European Union-Georgia Association Agreement and Tbilisi’s determination to achieve visa-free travel with the EU, meaning that the Georgian authorities were pushed to