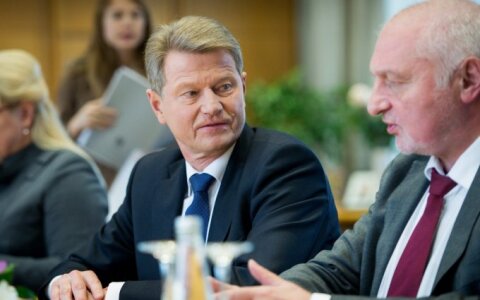 A failed vote in the Lithuanian Seimas on Tuesday will prevent the leader of the ruling Order and Justice party, Rolandas Paksas, to run for parliament in next year's elections. Observers say the situation has been engineered by the Labour Party which wants to steal Paksas' voters.

Paksas was impeached in 2004 and removed from the Lithuanian presidency for gross violation of the Constitution. The Constitutional Court subsequently ruled that a person who has violated a constitutional oath should be banned from running for elected office for life. However, the European Court