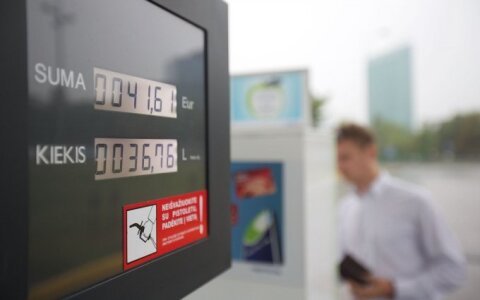 Petrol prices continue to rise in Lithuania even as oil prices fall, leading to a call for an investigation into the petrol station market and for the possible introduction of fuel price regulations.

At a press conference held in the Seimas (parliament) on Monday, Seimas member Stasys Brundza said petrol stations in Lithuania earn several times the margins they do in other Western countries. He suggested regulating petrol stations' margins and investigating their price-making policies as well