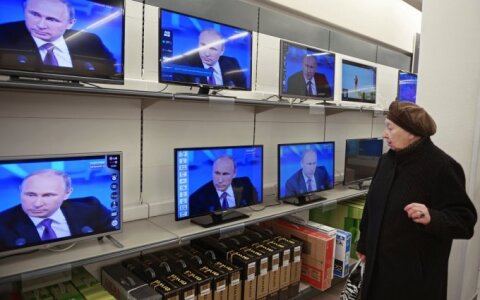 The State Security Department has showed to the Parliamentary National Security and Defence Committee the schemes by which money for propaganda comes from Moscow to Lithuania.

On Tuesday, the Radio and Television Commission obligated all state cable television stations to raise their taxes on the broadcasting of RTR Planeta. This was the second time this year that the television channel has received sanctions.