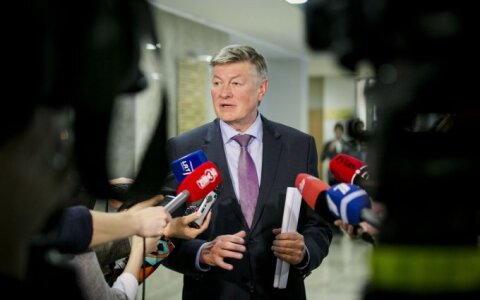 After hearing a report from the State Security Department (VSD) about how Russia disseminates propaganda in Lithuania, MP Artūras Paulauskas, chairman of the Seimas Committee on National Security and Defence, says that illegal methods are used to fund media outlets and recruit journalists.

The State Security Department (VSD) prepared a presentation about threats to information security related to the funding of Russian propaganda in Lithuania. It was presented to the Committee on National Security and Defence by deputy director of the VSD Kęstutis Budrys.