No safe haven for Ukraine separatists in Lithuania 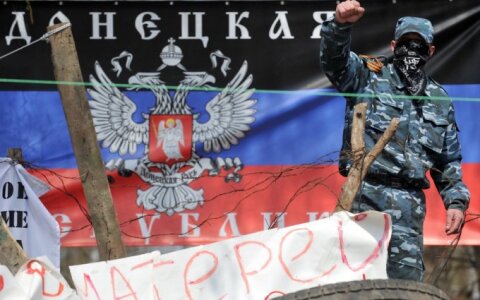 While Lithuania‘s political leadership vehemently supports Ukrainian statehood and territorial integrity, there are residents in the country who support separatists in Ukraine and even fight on their side. One such person has recently had his residency permit revoked.

Eduard Akopov, a Ukrainian national married to a Lithuanian woman, recently took part in separatist operations in Donetsk, eastern Ukraine, after which he came back to Lithuania where he had a permit to reside.

Mr. Akopov is married to a Lithuanian citizen, so last year the Lithuanian Migra

No safe haven for Ukraine separatists in Lithuania