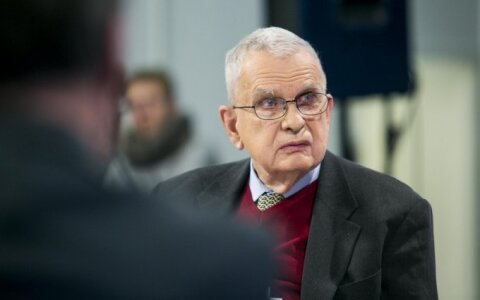 On 1 December in Warsaw, the Polish newspaper Rzeczpospolita presented the Jerzy Giedroyc award to Tomas Venclova, the Lithuanian poet, translator, publicist, and a well-known figure, for contributing to the current literary scene in Central and Eastern Europe. The award was also presented to the Institute of the Grand Duchy of Lithuania at Vytautas Magnus University, Lithuania's Ministry of Foreign Affairs reports.

Ambassador of Lithuania to Poland Šarūnas Adomavičius congratulated the award winners. According to the ambassador, they have significantly contributed to converting the ideas of Jerzy Giedroyc into a reality. The diplomat expressed gladness that the efforts made by Lithuanian and Polish intel