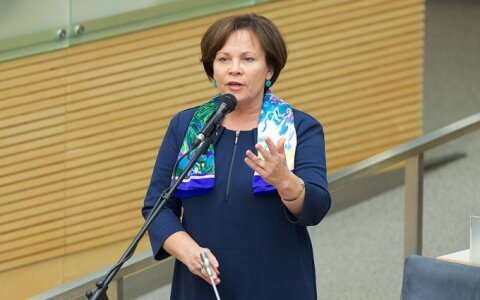 Conservative MP Rasa Juknevičienė has proposed amendments to the Law on Local Self-Government which would limit the number of consecutive mayoral terms of office so that the same person, a member of a local council, could not be elected mayor more than two or three times in a row.

The existing Law on Local Self-Government does not provide for any limits to terms of office for mayors.

"Only two institutions - the president and the head of a municipality - are officials directly elected by people, they are granted certain powers to act and exercise more rights. Officia