US defence expert: Threats to Baltics are very real 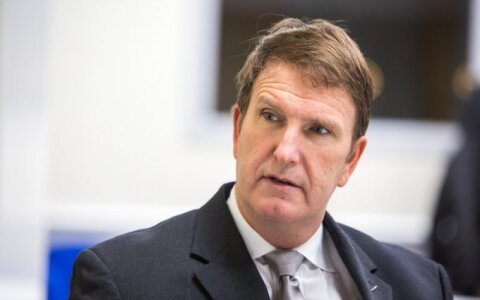 The threat of a hybrid war in Lithuania is real, it is Russia's strategy for the post-Soviet area and Lithuania needs to strengthen its defence system and host allied soldiers in the country to deter Russia, according to the US military analyst and the president of Jamestown Foundation Glen Howard.

In an interview for DELFI, Mr. Howard says that Russian President Vladimir Putin has already showed in Eastern Ukraine, Crimea and Syria that he tends to change fronts and every new front begins with information attacks.

Mr. Howard notes one possible Russian scenario in Lithuania: “If the

US defence expert: Threats to Baltics are very real